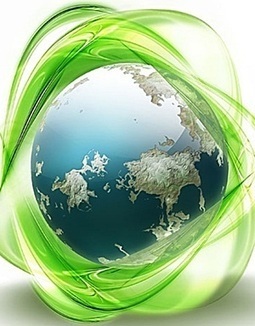 Renewable energy in South Africa is set to get a push from a $33.6m loan package granted to Spanish solar heat company Abengoa. 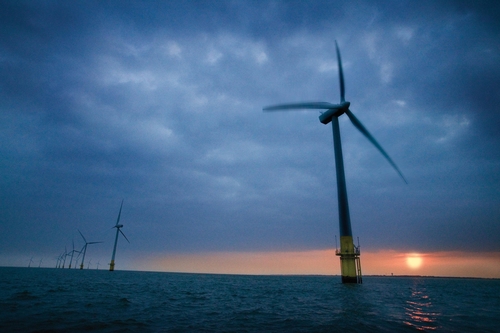 Minsters urged to work with industry to identify ‘low regrets’ energy investment (Take a look at this article on why the UK needs renewable energy plan B…http://t.co/HoOPqsKHBA)… 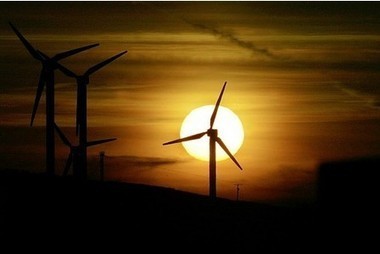 Renewable energy sector in Devon and Cornwall gives huge jobs boost
This is Cornwall
The amount of people working in the wind and marine energy sector has increased by 74% in the last three years, according to new figures. 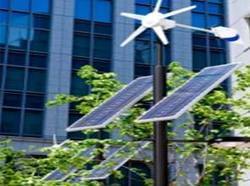 Puzzle. The European Union has a goal of producing 20% of all its energy from renewable sources by 2020. Right now, which source of renewable energy does the EU use most? 1) wind 2) solar 3) hydropower 4) tides 5) …

Chile’s upper house of parliament has unanimously passed a bill revising its renewable energy targets upward, from the previous goal of sourcing 10 percent of the nation’s ene.

The Department of Energy is urging measures to protect energy infrastructure from climate events, including better protections for power stations like this one in North Dakota, which flooded in 2009.

As humanity’s use of energy has altered Earth’s atmosphere, climate change is disrupting the systems for producing and transporting that energy. On Thursday, a U.S. Department of Energy (DOE) report urged that action be taken to address the nation’s increasing risk of blackouts and other breakdowns in power and fuel delivery. (See related story: “Record Heat, Drought Pose Problems for U.S. Electric Power.”)

It catalogued a long list of impacts already occurring: the fuel shortages in New York and New Jersey after Hurricane Sandy, the shutdowns of power plants in New England and Illinois last summer due to hot weather and drought, the restrictions placed on fracking companies’ access to water in North Dakota and elsewhere.

Such disruptions are likely to become “more frequent and intense” in the years ahead, the report said.

DOE’s conclusions are not surprising to those in the energy industry. “We are seeing more and more impact on the system, so the utilities and public utility commissions are more and more looking for solutions,” says Jeff Hamel, executive director of power delivery utilization for the Electric Power Research Institute (EPRI).

EPRI, a nonprofit research and development organization funded by the U.S. electric power industry, is hosting a workshop of about 30 utilities this week at its Lenox, Massachusetts laboratory. Researchers are carrying out tests that involve, for example, trees falling on power lines, to test technology to minimize disruption during intense storms.

“The system is very reliable,” says Hamel. “We need to couple this with resiliency.”

Here are five key technologies the DOE identified for a more “climate-resilient U.S. energy sector,” some of them already being deployed.

Hurricane Sandy’s ravages on New York were worsened because so much underground electric infrastructure was flooded with saltwater. DOE urged “placement of substations and other critical local electricity infrastructure in locations that are not anticipated to be affected by storm surges.” The report catalogued a long list of threats, and urged increased resilience of energy infrastructure “to wildfires, storms, floods, and sea level rise, including ‘hardening’ of existing facilities and structures” from transmission and distribution lines to offshore oil and gas platforms.

DOE noted that “unconventional” oil and gas development, including hydraulic fracturing (or fracking), was becoming an ever-larger part of U.S. fossil energy production. But fracking involves high-pressure injection of large volumes of water underground (and later, the wastewater needs to be disposed of.) (See interactive: “Breaking Fuel From Rock.”) DOE pointed out that some energy companies are beginning to reuse and recycle fracking wastewater. (See related story: “Forcing Gas Out of Rock With Water.”) It also said there may be opportunity for the industry to further reduce freshwater use, either through use of brackish water or development of “dry fracturing” processes, in which exothermic reactions, instead of water, would fracture shale.

Corn-based ethanol now makes up 10 percent of U.S. transportation fuel by volume (and about 5 percent by energy content); although it is displacing use of oil, it is also reliant on water. (See related quiz: What You Don’t Know About Biofuel.) The DOE report notes that water use in biorefineries has been reduced significantly, but on average, producing one gallon of corn ethanol requires 17 to 239 gallons of water for irrigation and conversion. (See related story: “Water Demand for Energy to Double by 2035.”)

The DOE noted that a move to cellulosic ethanol from non-irrigated perennial grass and other drought-tolerant feedstocks would reduce water use further. Use of salt-tolerant feedstocks such as algae also could reduce competition for freshwater. (See related stories: “Beyond Ethanol: Drop-In Biofuels Squeeze Gasoline From Plants” and “Growing Food Demand Strains Water, Energy Supplies.”)

Steam-driven coal and nuclear power plants require large amounts of water for cooling, and operations have been affected in recent years by drought and hot weather. (See related quiz: “What You Don’t Know About Electricity.”) DOE noted that technologies exist to dramatically reduce water use for electricity; cooling towers added in 2007 to a Newnan, Georgia power plant reduced water withdrawals by 96 percent. Dry-cooling systems also have been installed in natural gas-fired power plants in Nevada and California. Although dry-cooling retrofits may be too expensive in many cases, DOE said some plants might be cost-effectively retrofitted to use “non-traditional” water supplies, such as municipal wastewater or brackish water, instead of fresh water from rivers.

Of course, there are two technologies, solar PV and wind energy, that don’t rely on water at all, and also happen to be free of carbon emissions that contribute to the climate change problem in the first place. “Solar PV and wind energy have experienced cost reductions, encouraging greater market deployment of these more climate-resilient technologies,” the report said. (See related quiz: “What You Don’t Know About Water And Energy.”)